The Amazing World Of Sharks In Photography 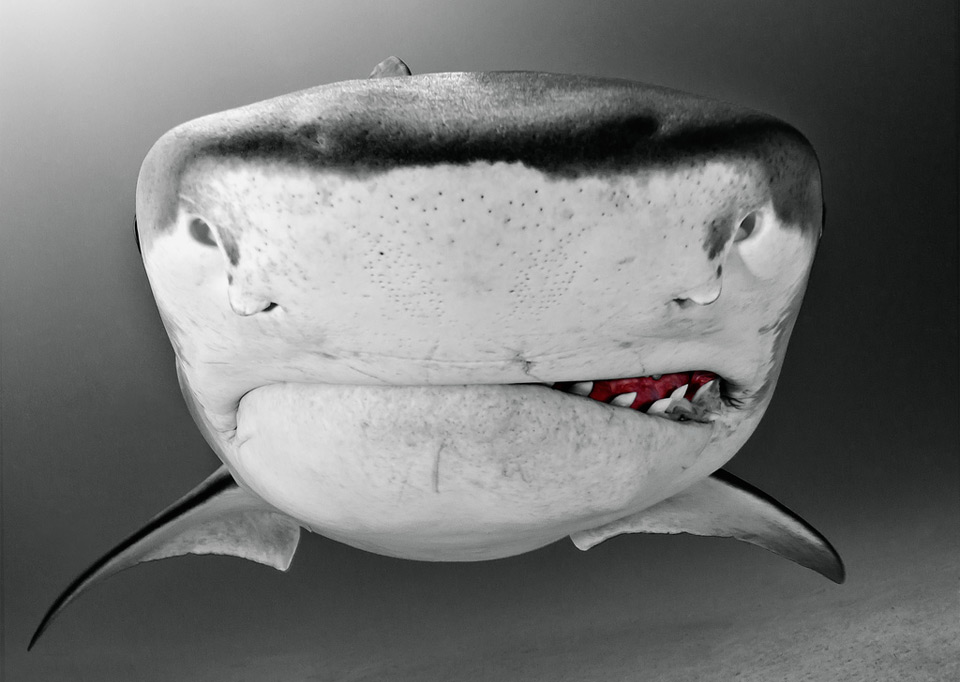 Tiger shark close-up. They are named for the dark, vertical stripes found mainly on juveniles. As these sharks mature, the lines begin to fade and almost disappear. Photo by: Todd Bretl 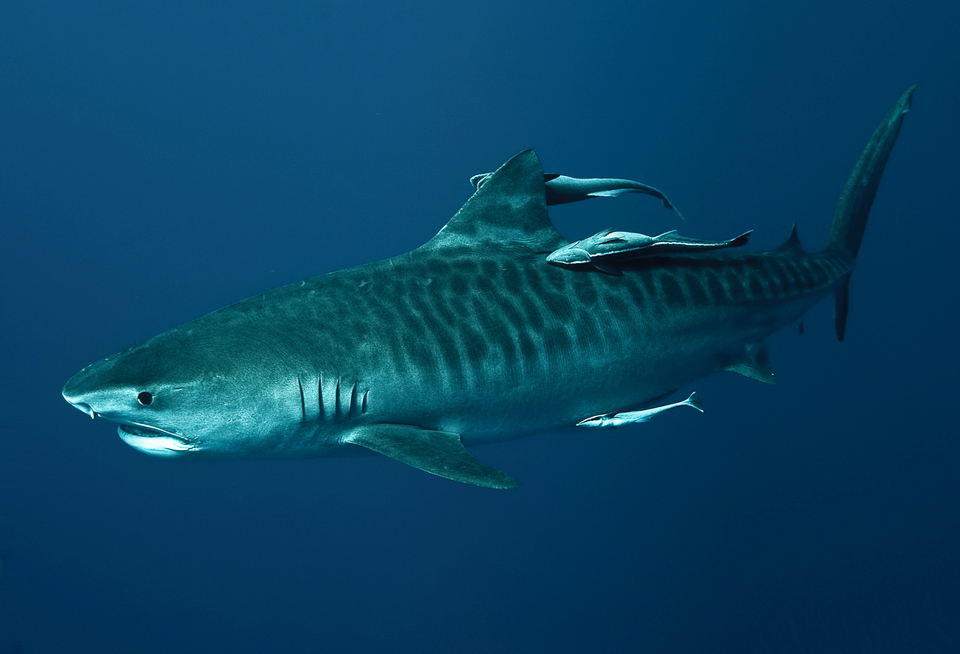 Tiger sharks are common in tropical and sub-tropical waters throughout the world. Large specimens can grow to as much as 20 to 25 feet (6 to 7.5 meters) in length and weigh more than 1,900 pounds (900 kilograms). Photo by: Roman Shmakov 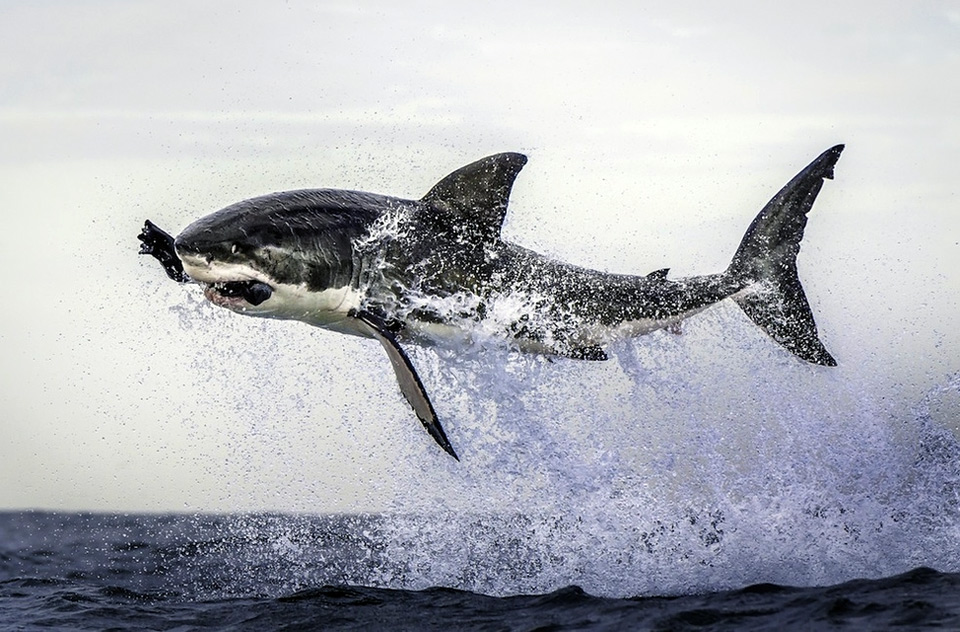 Great white shark leaps out of the water. According with observations made on great whites sharks, they can jump up to 8 to 10 feet or two and a half to three meters. Photo by: Danna Allen 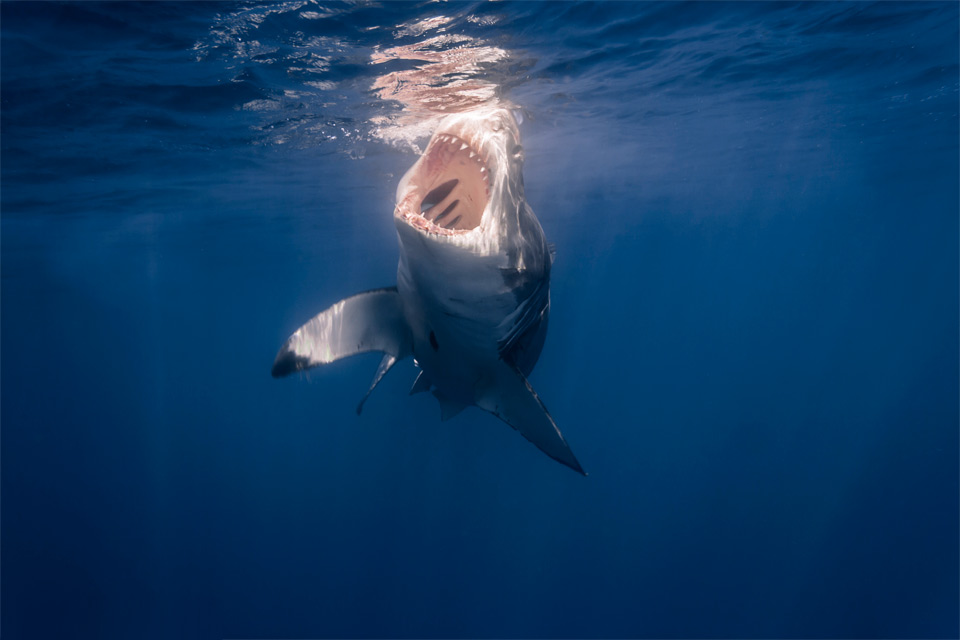 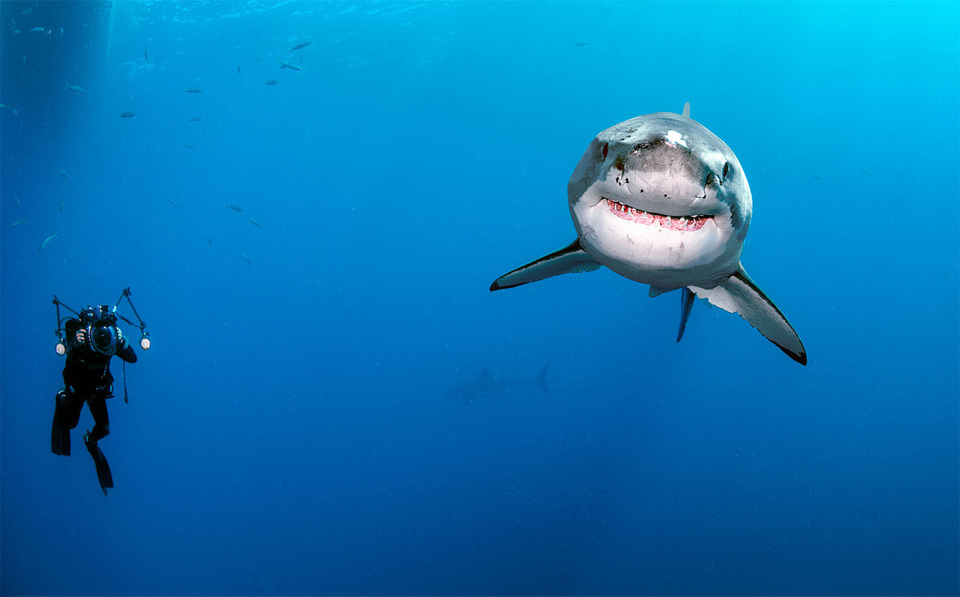 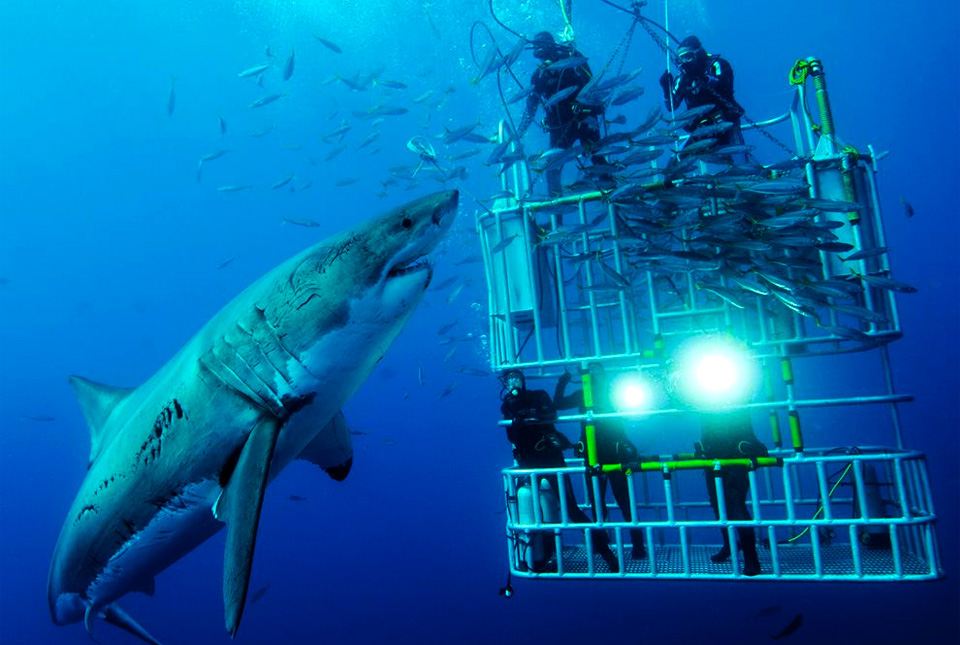 Great white shark says hello to the divers in a cage. Photo by: David Litchfield 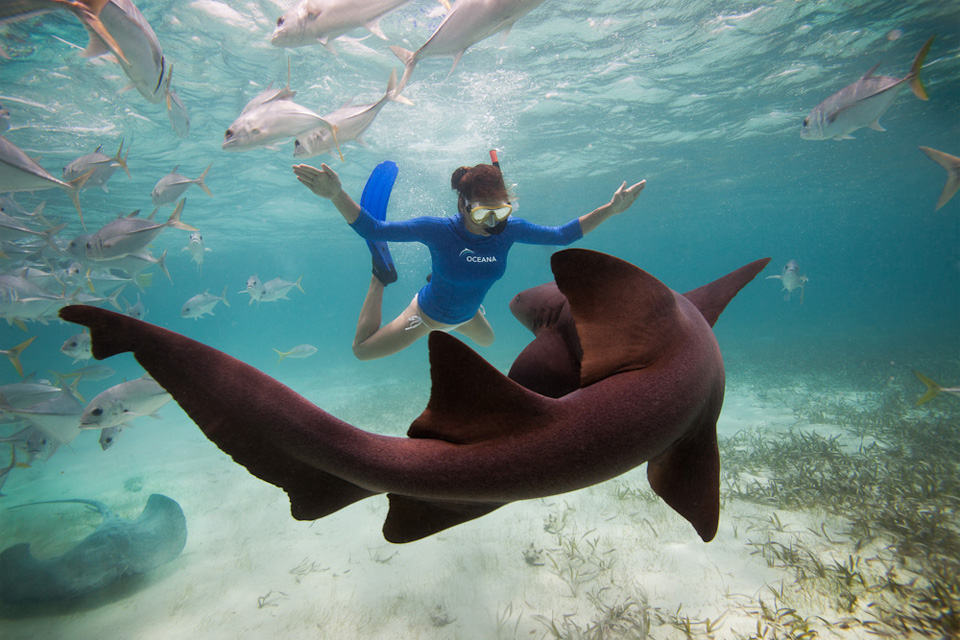 Swimming with a nurse shark. This photo is also a part of top gallery series Best of Humans Underwater Photography. Photo by: Tony Rath 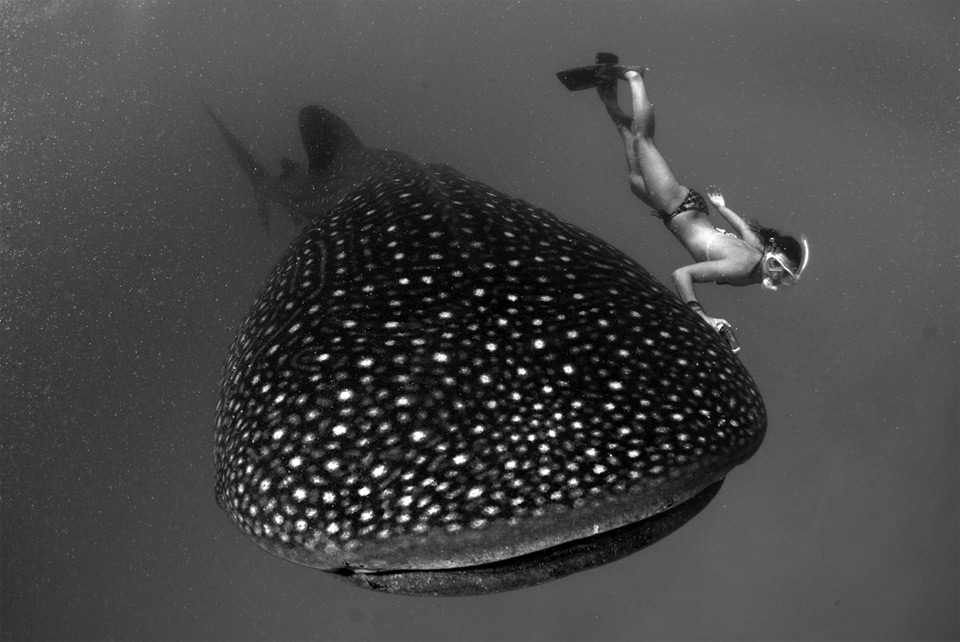 Girl dives with whale shark. the largest fish in the sea, reaching lengths of 40 feet (12 meters) or more. Photo by: Rory Moore 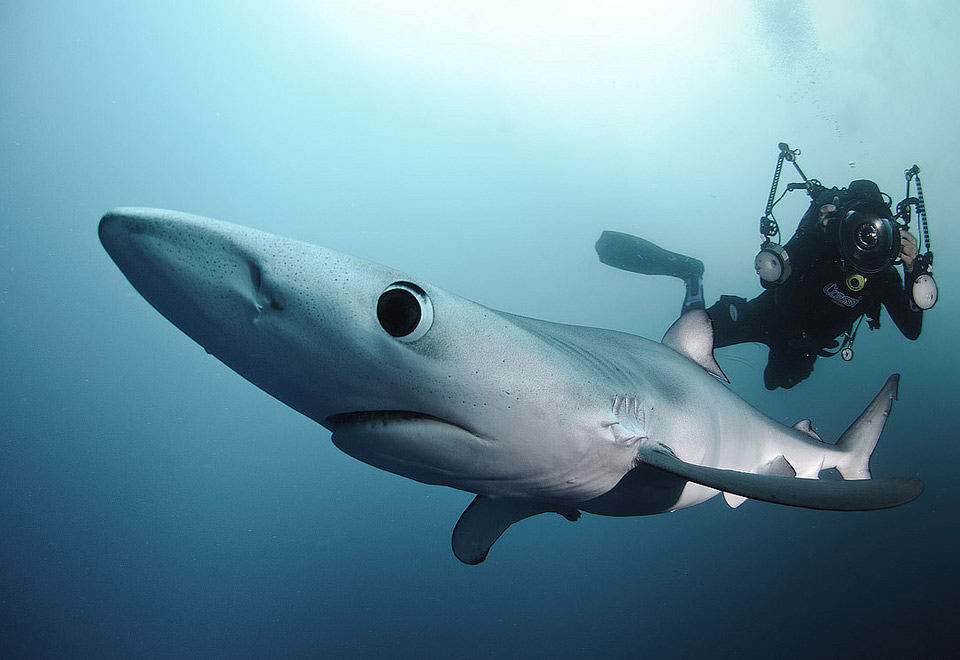 Blue sharks are found in very deep waters. They prefer cooler water though so they are often found in sub tropical areas where it doesn’t get too warm. Photo by: Alexander Safonov 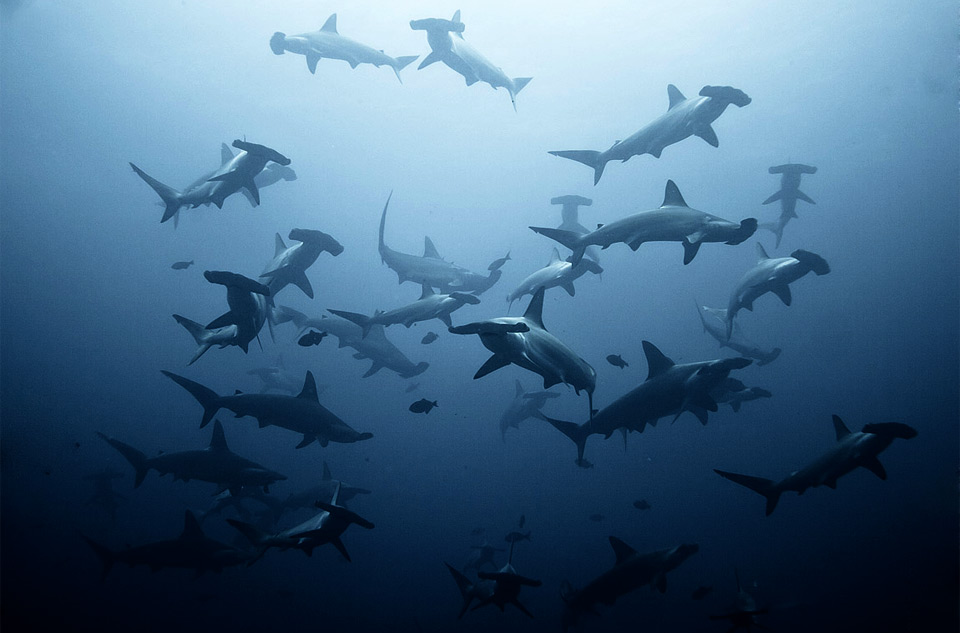 A shoal of hammerhead sharks, a consummate predators that use their oddly shaped heads to improve their ability to find prey. Photo by: Alexander Safonov 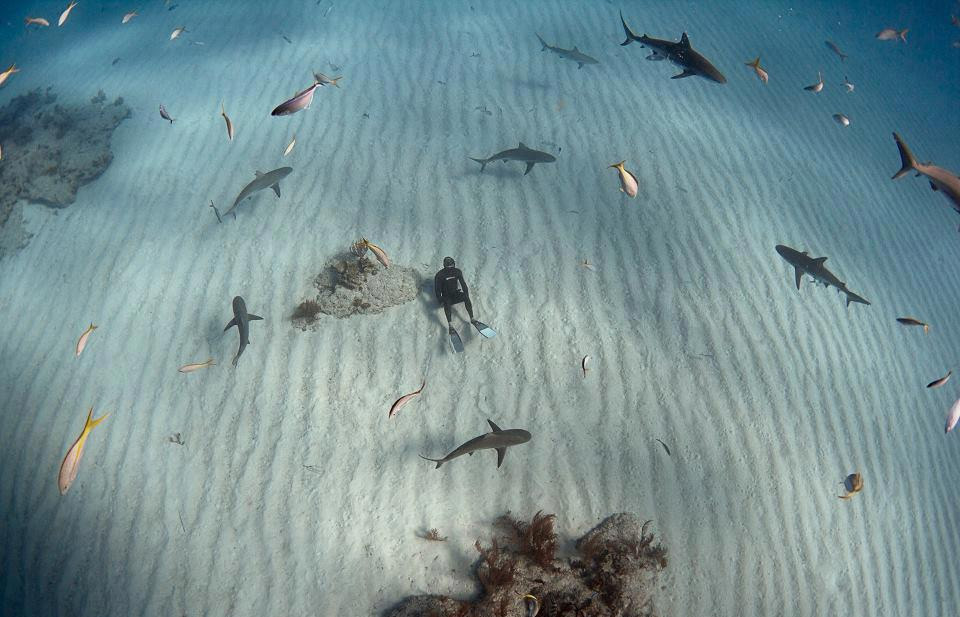 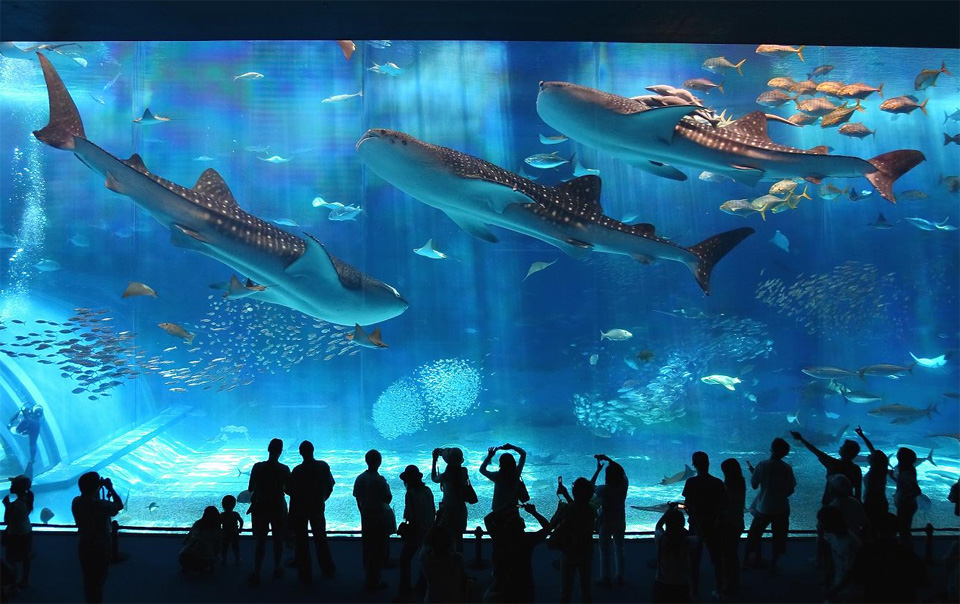 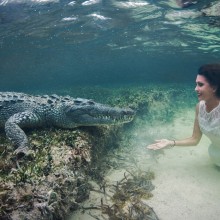 Girl Swims With A Crocodile, Mexico 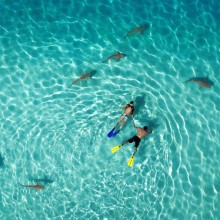 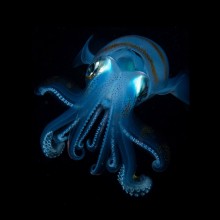 The Amazing World Of Sharks In Photography

Girl Swims With A Crocodile, Mexico