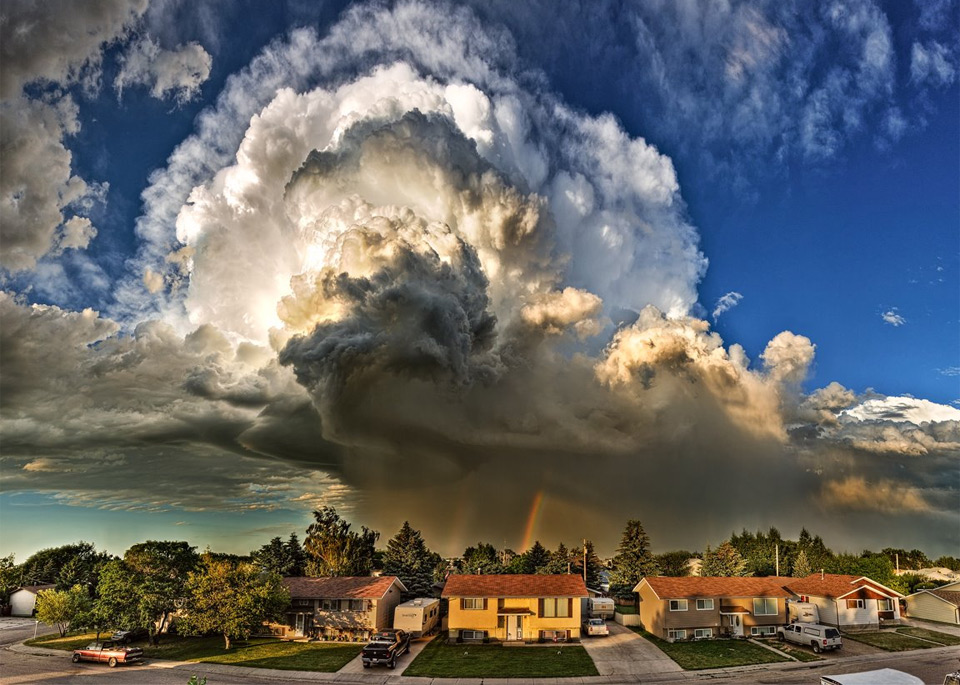 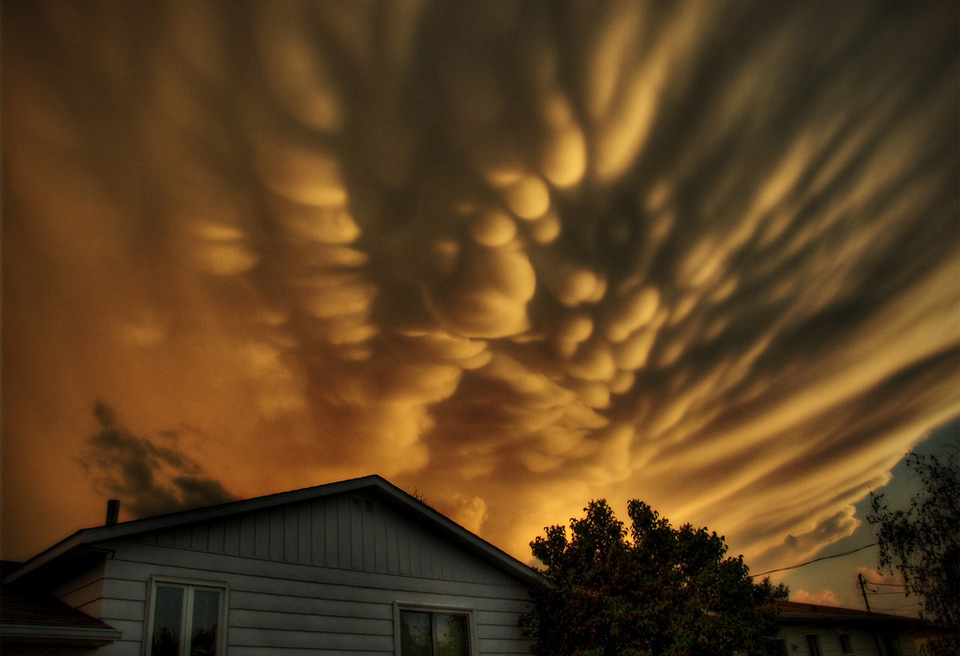 Mammatus clouds over Quebec, Canada. Mammatus, also known as mammatocumulus, is a meteorological term applied to a cellular pattern of pouches hanging underneath the base of a cloud. Photo by: Michel Filion 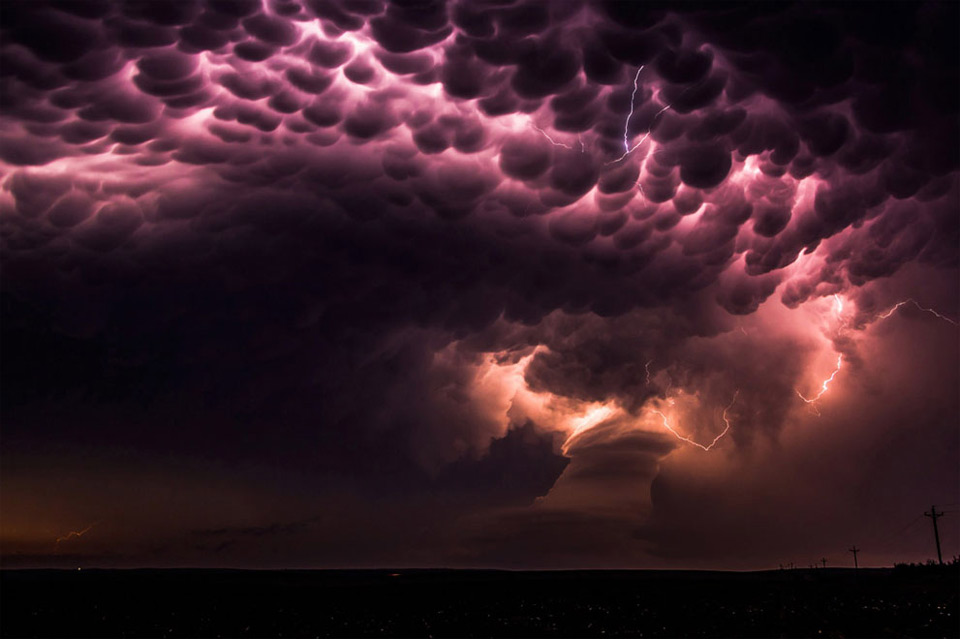 Purple sky during thunderstorm over Nebraska. Photo by: Anne Goforth 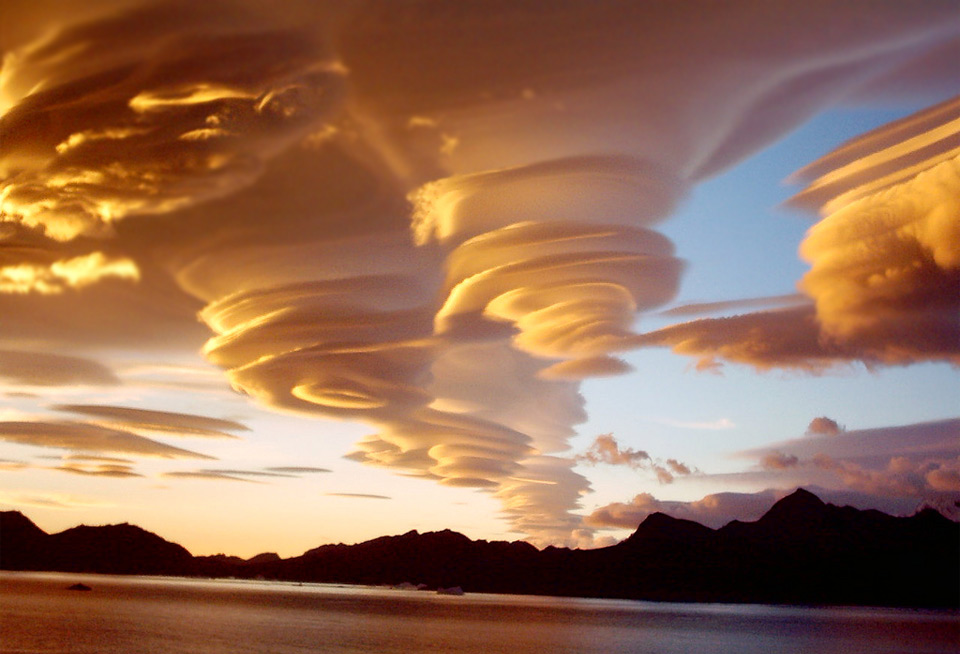 Lenticular clouds over Hawaii. A stationary lens-shaped clouds that form in the troposphere, normally in perpendicular alignment to the wind. Photo by: Jolly Sailor 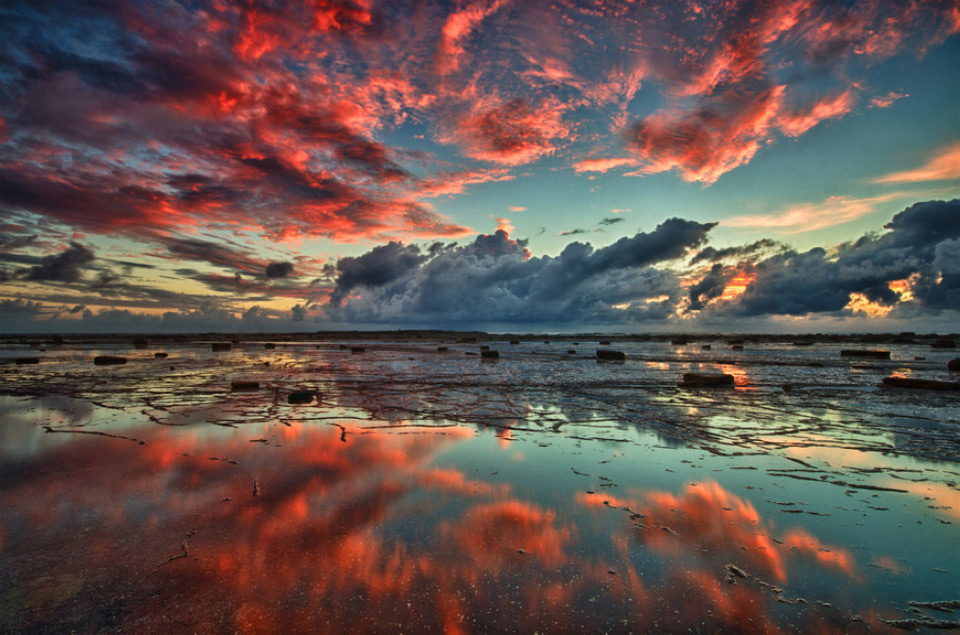 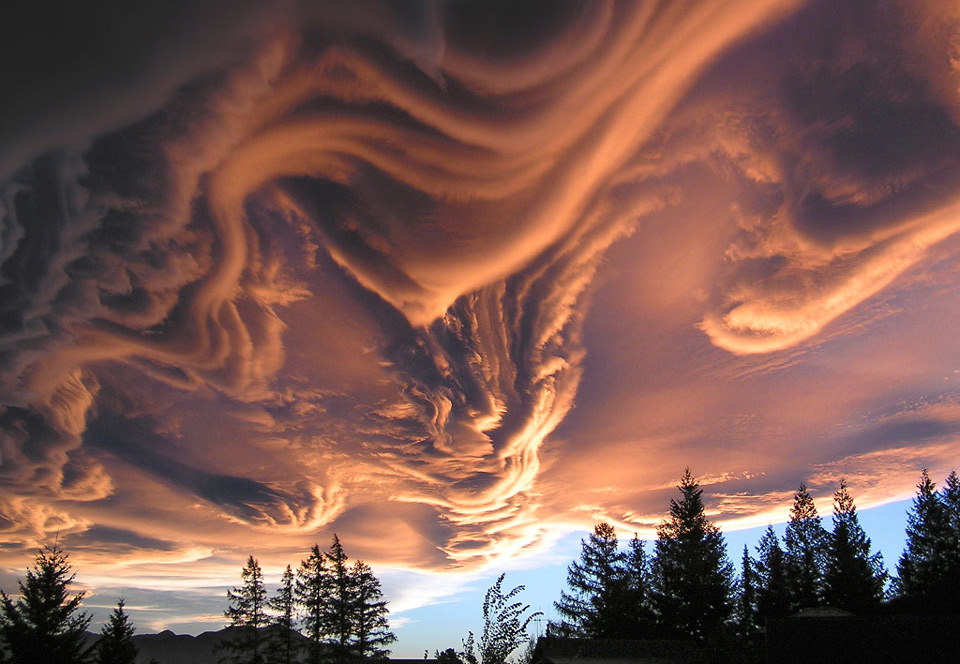 Strange shape of asperatus clouds over New Zealand. The clouds are most closely related to undulatus clouds. Although they appear dark and storm-like, they tend to dissipate without a storm forming. Photo by: Witta Priester 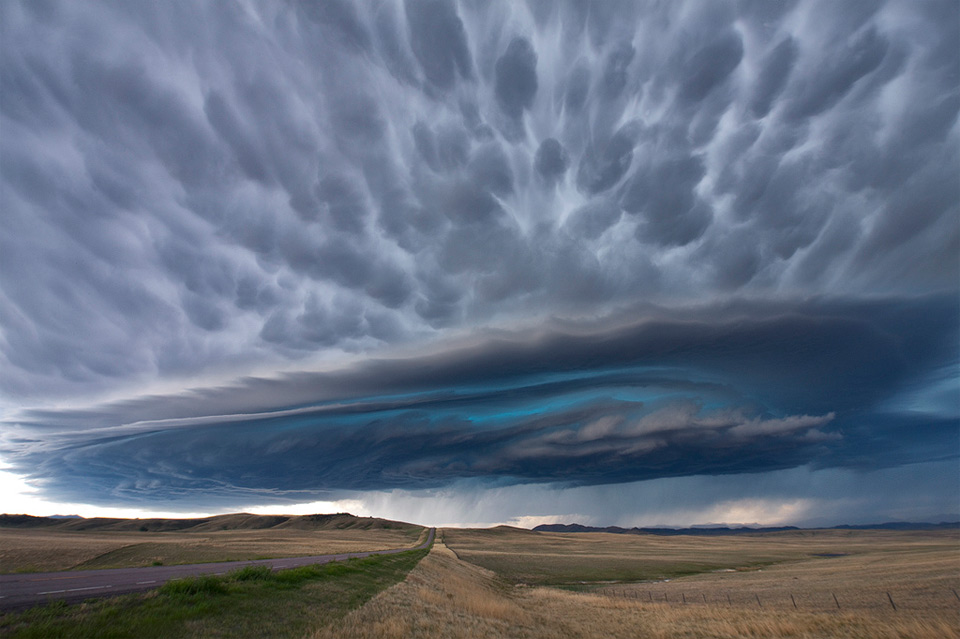 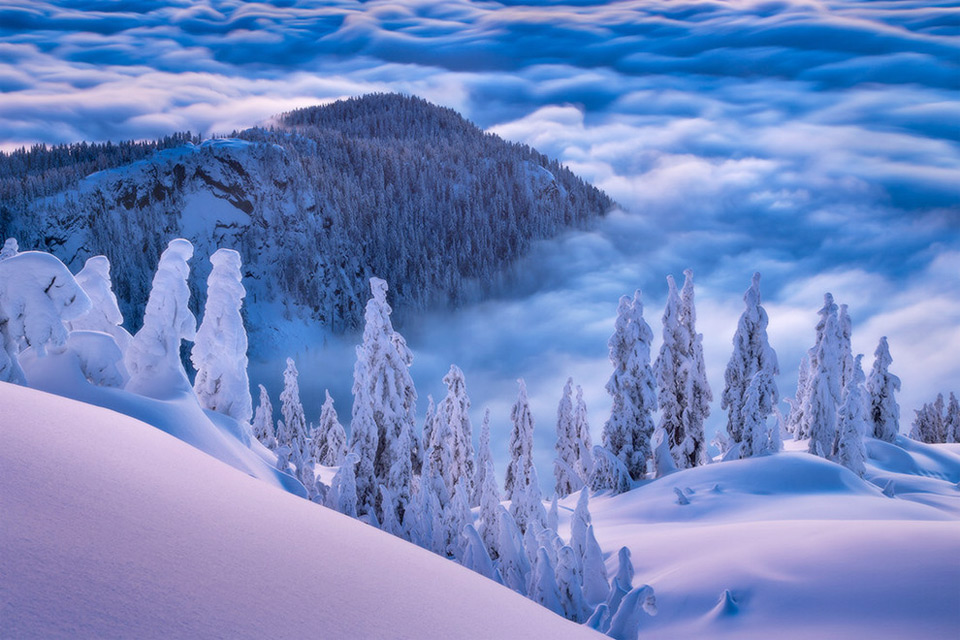 Stunning view on clouds from top of the mountain. Photo by: Adam Gibbs 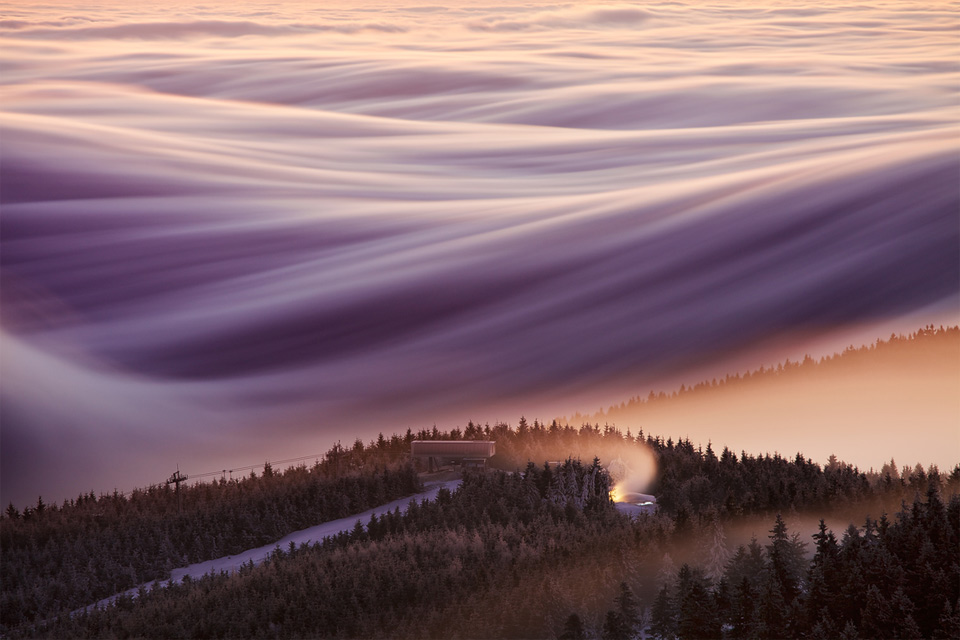 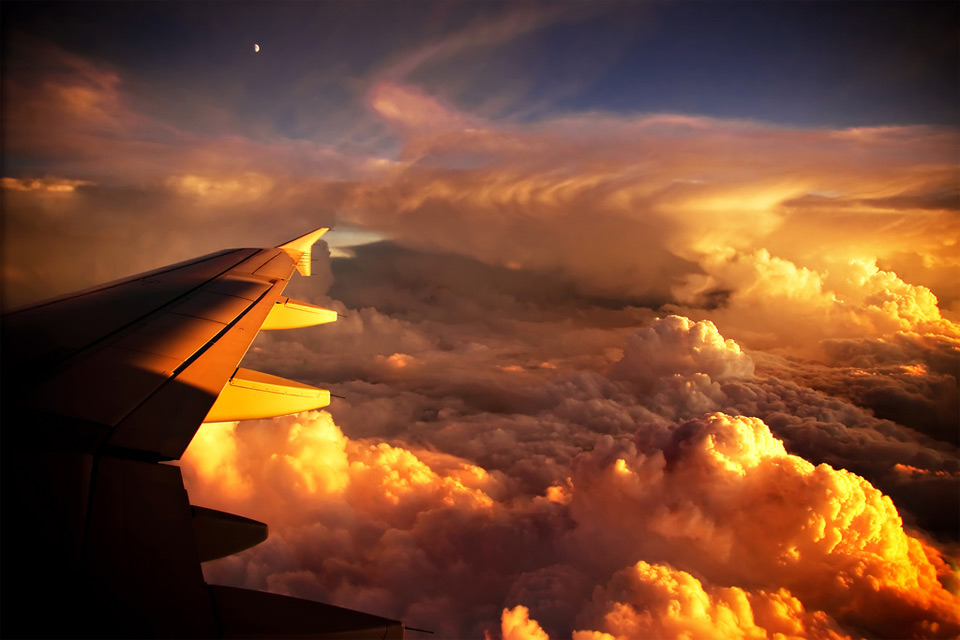 Above the clouds, seen from airplane above Switzerland. Photo by: Edgar Moskopp 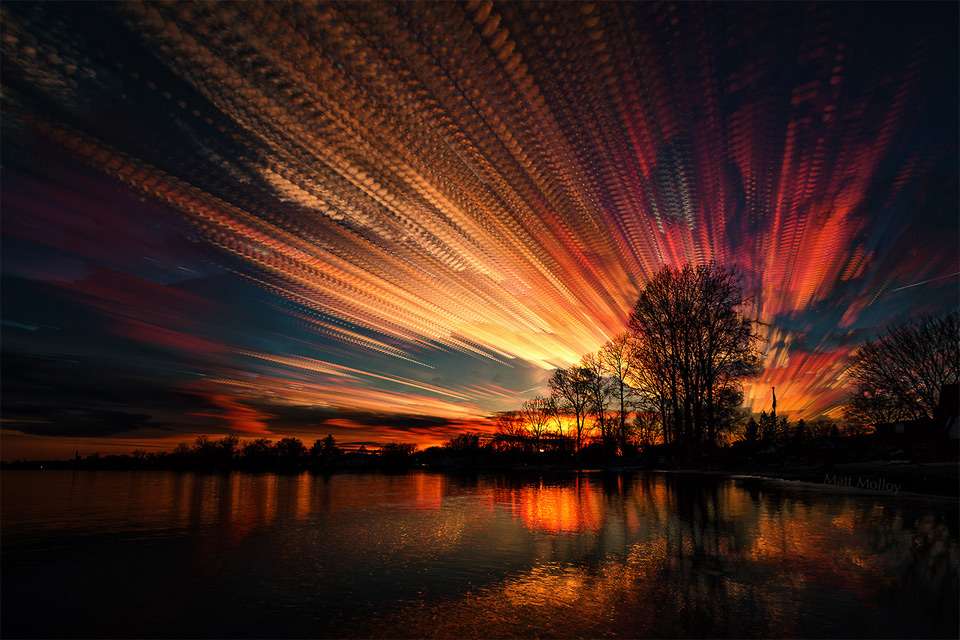 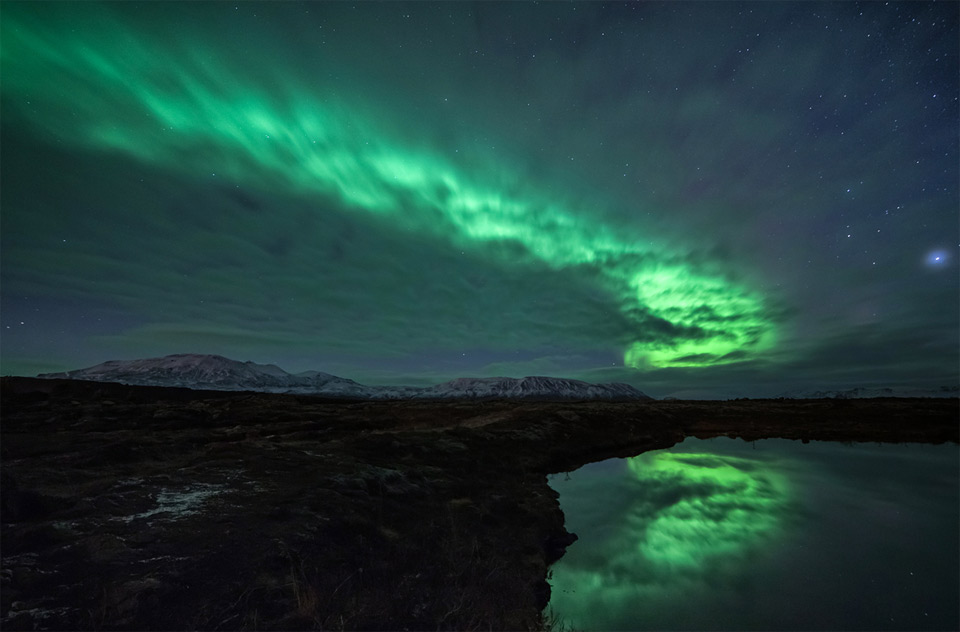 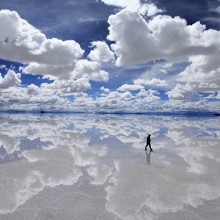