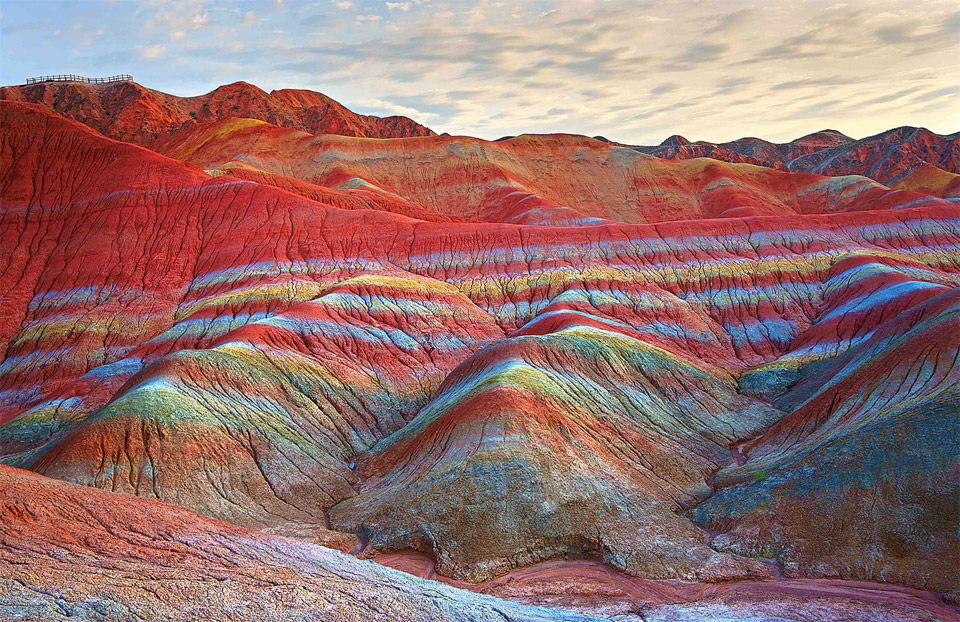 This layer cake of amazing colours is a real landscape located at Zhangye Danxia Landform Geological Park in Gansu Province. Photo by: ImageChina 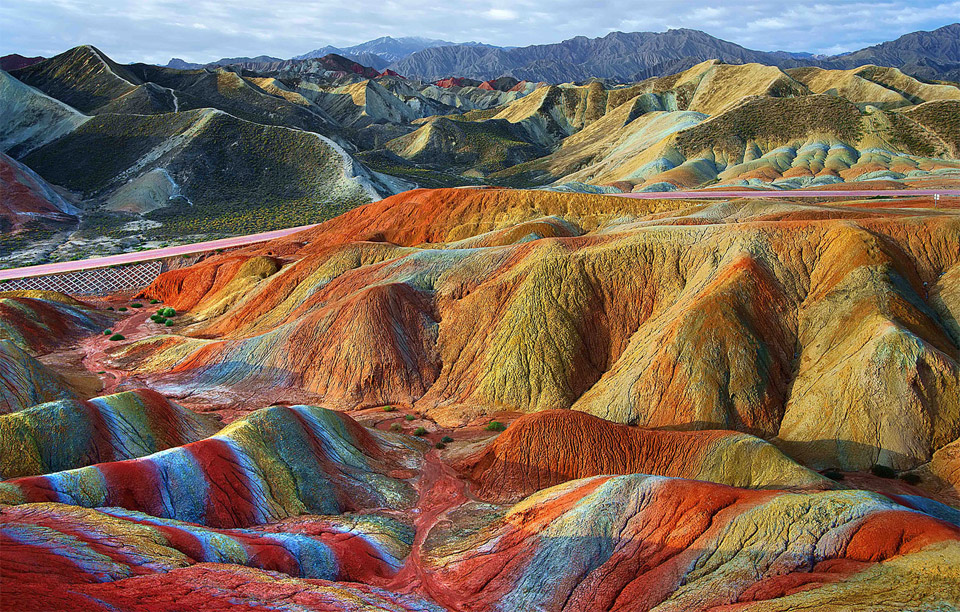 Even for the undeniably powerful Mother Nature, creating something this arty wasn’t easy. It in fact took 24 million years of painstakingly laying down mineral deposits to form these rocks. Photo by: ImageChina 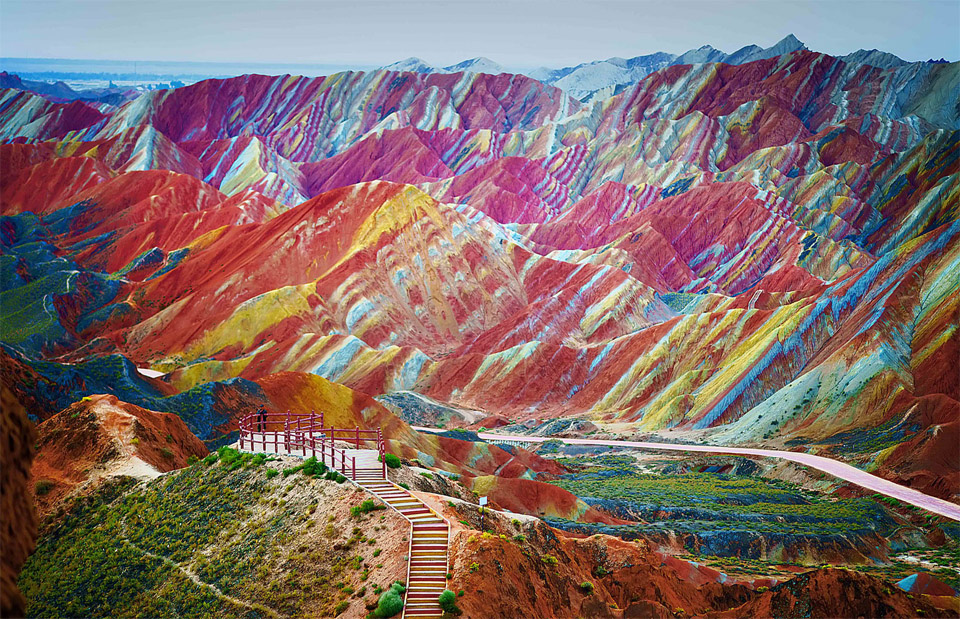 Over time these weighty layers were compressed into rock, and then a slight and unthinkably slow ripple from the collision of the Indo-Australian and Eurasian tectonic plates. Photo by: ImageChina 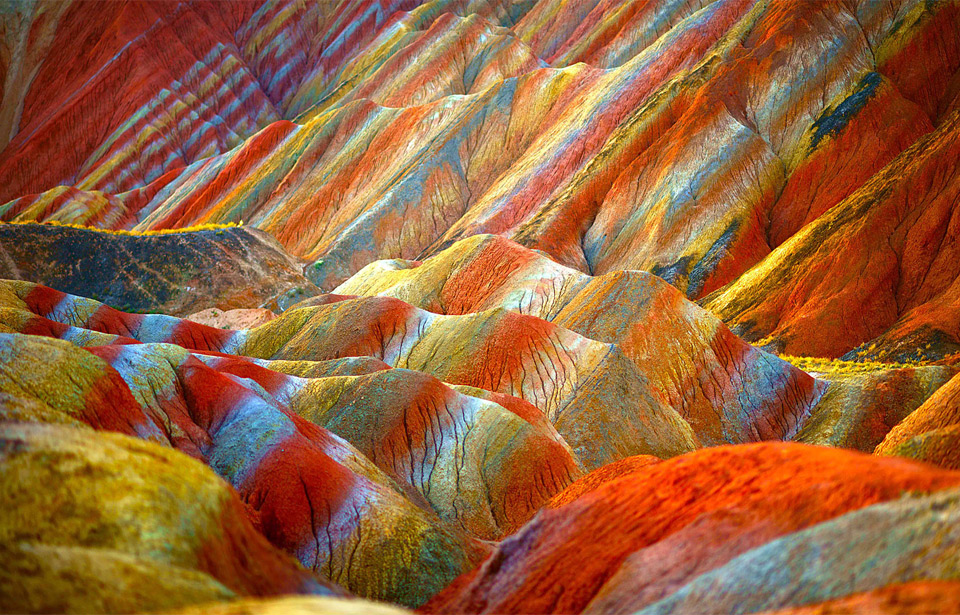 The rockforms of Zhangye Danxia range in colour from deep red to yellow and green, the highly contrasting bands of colour glowing most intensely after rainfall. Photo by: ImageChina 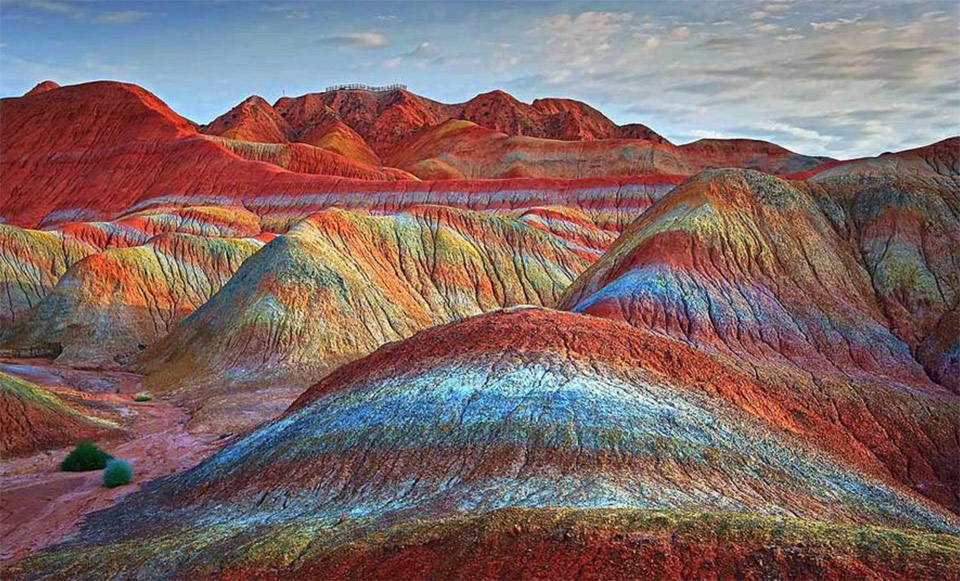 As the setting sun casts golden rays and a lacework of shadows across the landscape, the visual effect becomes even more stunning. Photo by: Melinda Chan 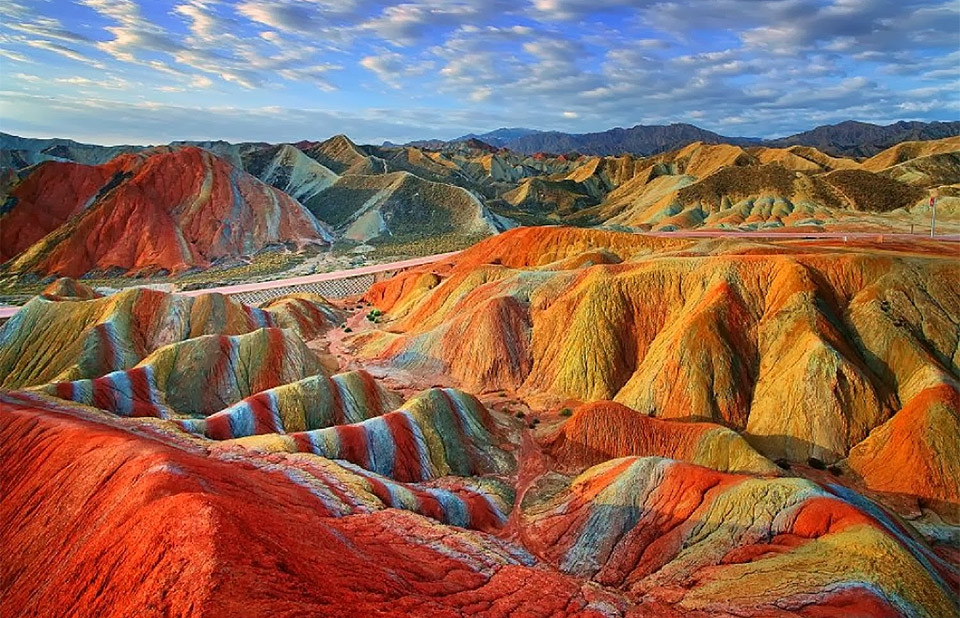 The region has been listed as a UNESCO World Heritage site since 2010. Photo by: ImageChina 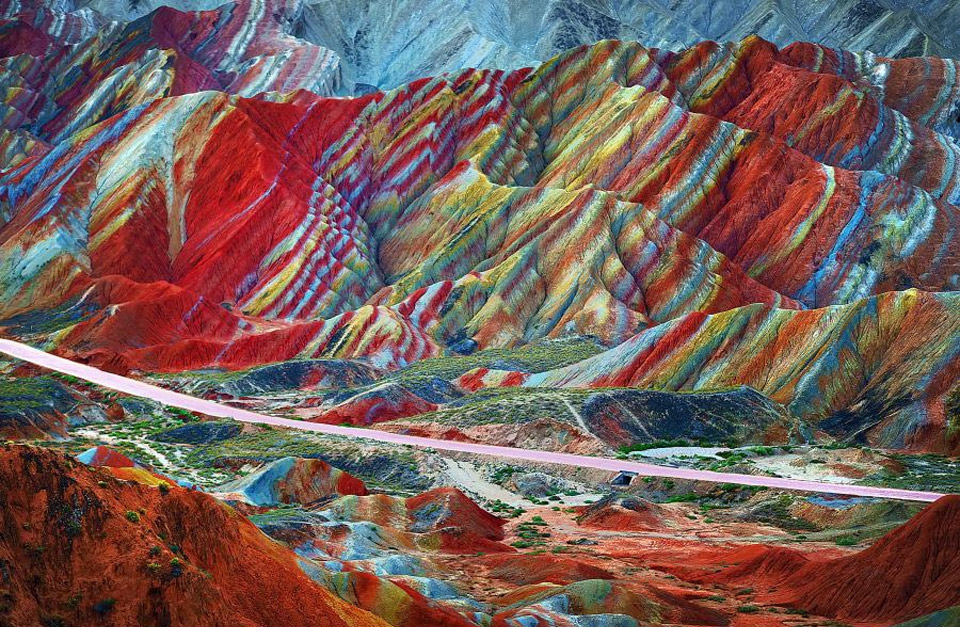 There is a similar land formation in British Columbia called the Rainbow Range, which is formed from a mixture of volcanic rock and various minerals. Photo by: ImageChina 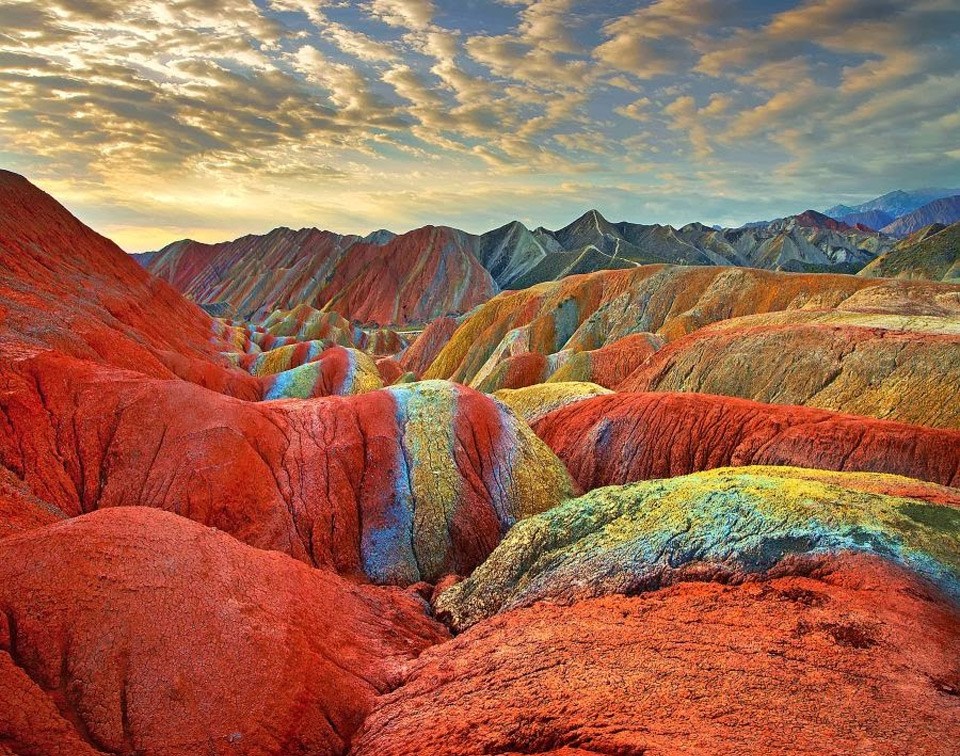 The name of the province we’re visiting, Gansu, was first used in the Song Dynasty (960–1279 AD), after two areas belonging to previous dynasties were combined. One area was previously named Gan; the other, Su.Photo by: ImageChina 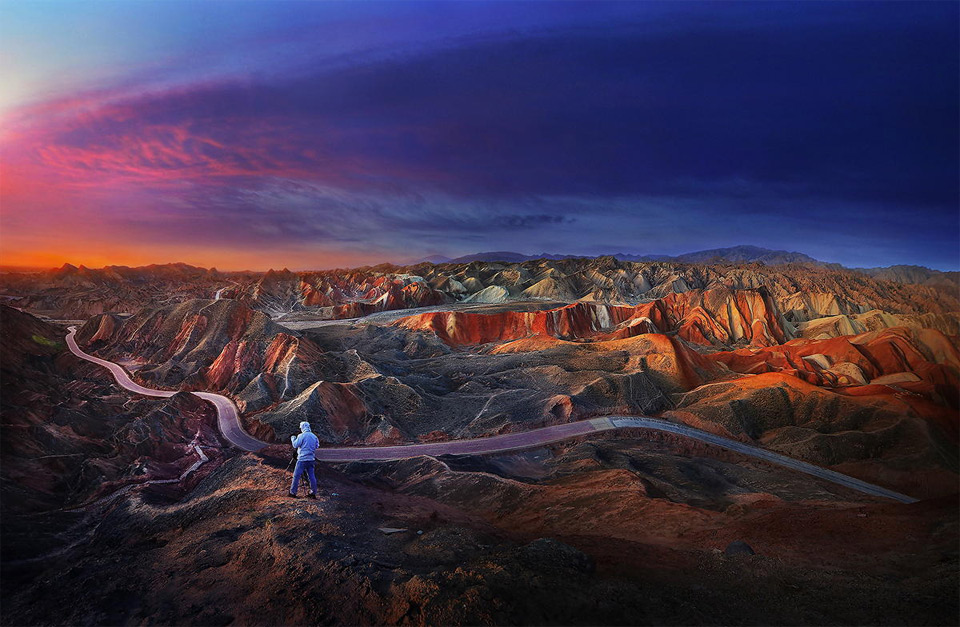 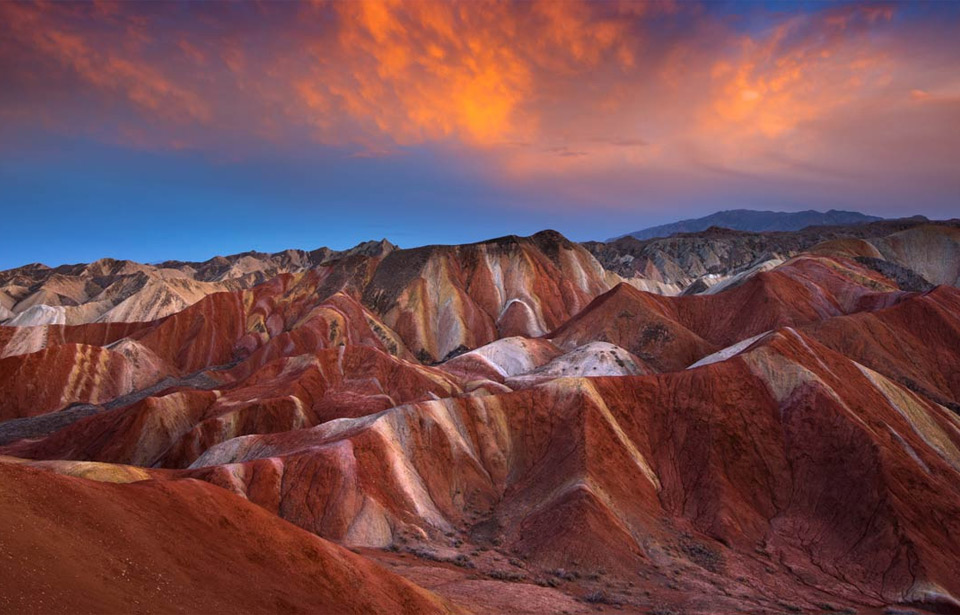 The Spectrum Range is part of a “stratovolcano,” or conical volcano, which are created by layer after layer of lava, pumice, ash, and minerals—a bit like Danxia’s layer cake effect: Photo by: Rat007 | ShutterStock 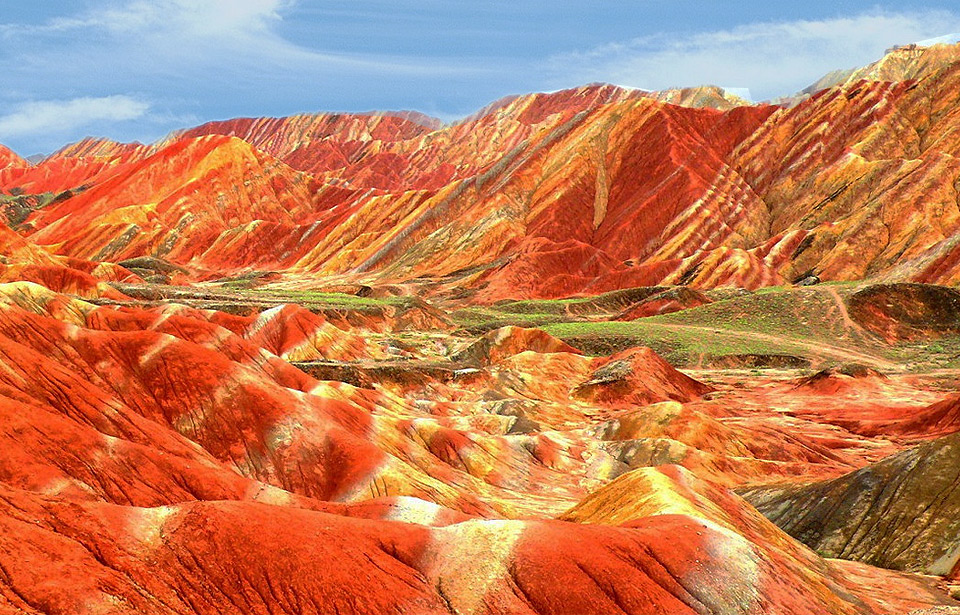 The scenic area is popular among tourists, who come to enjoy scenic walks and boat rides through the area, which is also home to a number of temples. Photo by: ImageChina 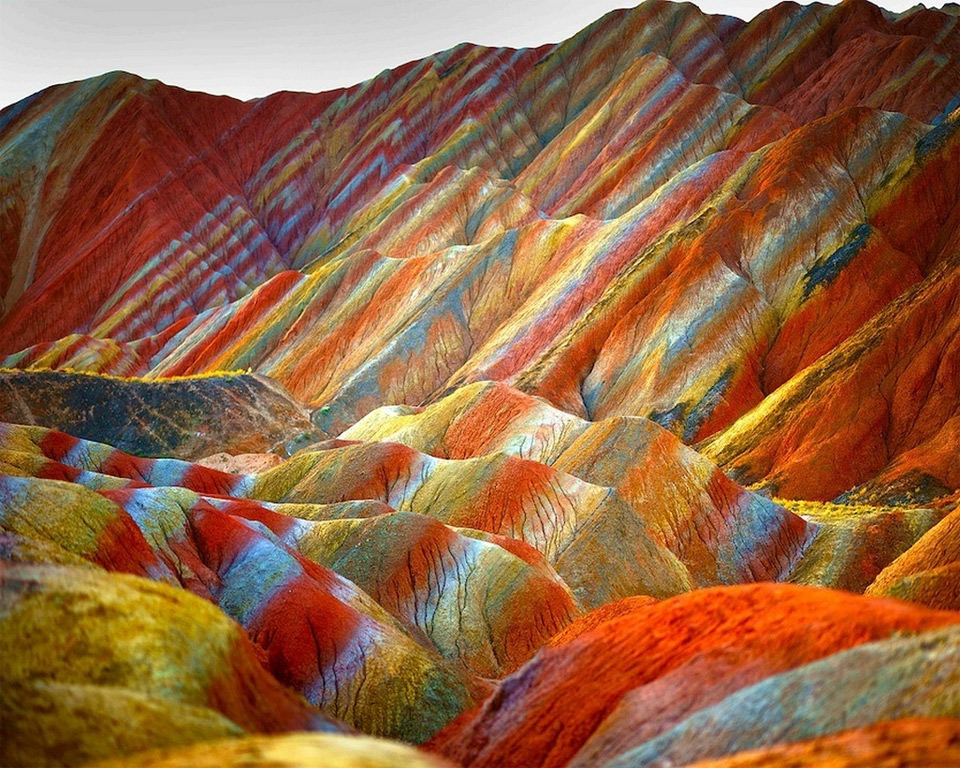 Blues, reds and golds are among the colours visible in the breathtaking rock formations in Gansu, China. Photo by: ImageChina