Fifteen Most Incredible Whale Watching Destinations Around The Globe 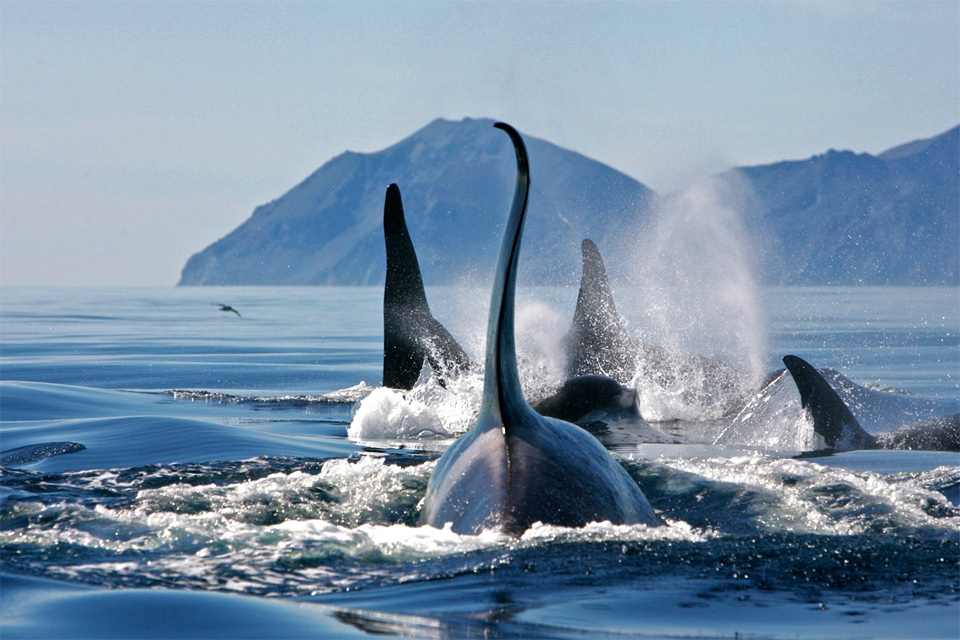 Whales are among the most beautiful and friendly mammals on the planet and encountering them in their habitat can be a deeply moving experience. These gentle giants are found in every ocean of the world, but some of these best spots where chances are particularly high can make for an awesome wildlife adventure.

These faraway and remote Portuguese islands are home to a large and diverse whale and dolphin population and have become an extremely popular option for those seeking unforgettable whale watching holidays.

While the sperm and pilot whales are the resident species, there is a good chance of spotting migrating humpbacks, sei and fin and blue whales between April and May.

Located on South Island, Kaikoura is said to be the whale watching capital of New Zealand. There is a large resident population of sperm whales that can be spotted round the year.

During June and July, enthusiasts can come across humpbacks on the way back to their winter grounds in Australia. One may also spot the occasional southern right or blue whale in this period. Mexico 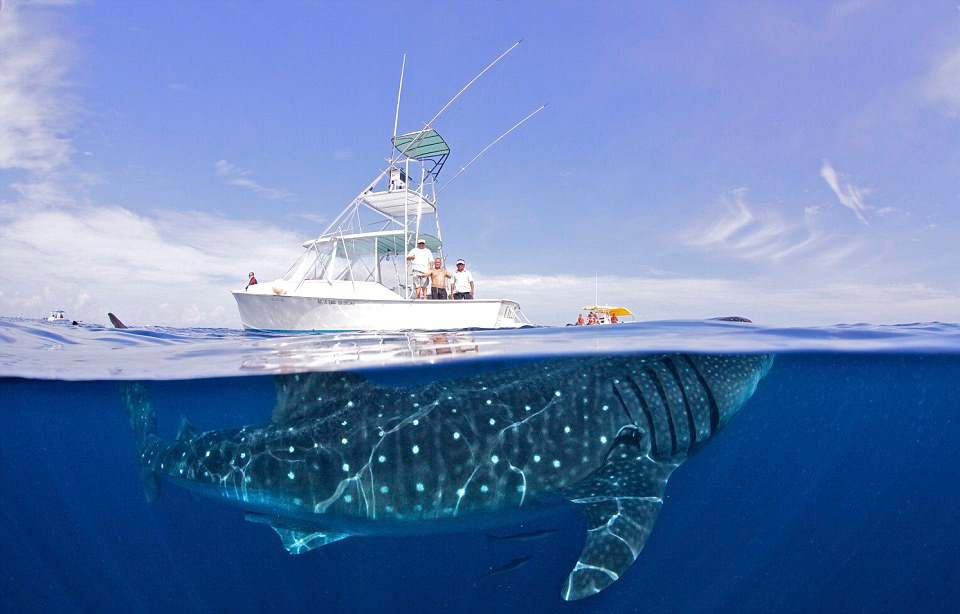 The Sea of Cortez in Baja California Sur is rightly referred to as the aquarium of the world. Apart from a wealth of marine life, it is home to a great number of humpbacks, blue whales and grays.

Between December and February, the singing humpbacks can be easily seen from the shore while frolicking in the waters of the Pacific Ocean, while the three major lagoons of Baja are known for the gray whales.

One of the primary whale watching destinations in the United States is the central coast of California around Monterey where cetaceans can be seen all round the year.

Summer and fall is the best time for humpbacks and blue whales while during winter and early spring migrating grey whales are easily seen. The area is very rich in other marine life such as otters, dolphins and porpoises.

If ever there was a hotspot for some of the most fascinating whales and dolphin watching it has to be the Solomon Islands. Apart from enjoying the wildlife rich islands and world class coral reefs, there are fabulous chances of seeing some rare cetaceans including the very rare Deraniyagala and Omura beaked whales.

Visitors can cruise through these far flung islands and enjoy the spectacular scenery while looking out for dolphins, seabirds and at least fifteen species of whales.

The Maldives provide a unique opportunity to spot as many as twenty different species of whales and dolphins in one place. From the blue whale to the endemic species of dwarf sperm whales, the bottlenose whale and the melon-headed whale, these islands are a mecca for marine lovers.

The spinner dolphins also call the Maldives their home and on a good day you can even come across a pilot whale.

Nowhere else on the planet can the world’s biggest creature can be seen close to land on the southern tip of Sri Lanka. The Wilpattu National Park is on the edge of the continental shelf, known to be a favorite haunt of blue whales.

Between January and April one can take a short cruise to spot these mighty creatures.The highlights of the trip include blue and sperm whales, spinner and bottle nose dolphins, not to forget the high leopard sightings on land.

St Kilda and the Hebrides

The pristine waters surrounding St Kilda and the Hebrides shelter a vast population of whales and dolphins from cliff tops or by a boat trip. For sea life fans pilot whale and orca (minke whale) can be found year round on the Scottish Hebridean Whale Trail.

The waters in this archipelago are incredibly rich and hold a quarter of the world’s population of whales and dolphins. There are 33 sites for land based whale watching in this spectacular region.

If you have the inclination and some money to splurge to access some of the most rare species of whales, take an expedition to the Northern Provinces.

In May and June you can see bowhead whales(apart from polar bears and walrus), while from June onwards you can catch a sight or two of the friendly beluga whales in Hudson Bay, Manitoba. 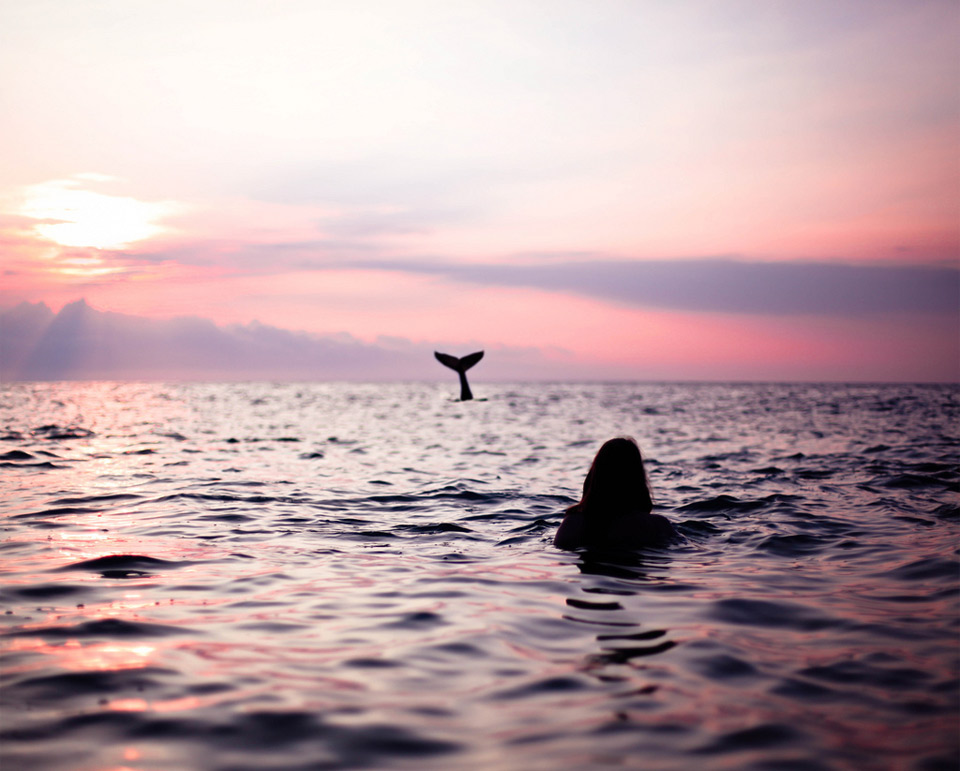 If you want to see whales from land the fishing town of Hermanus in South Africa is your best bet. For those who do not prefer dry land, there are boat trips to take you closer.

Whale season stretches from July to November when you can spot the humpbacks which arrive for mating and the occasional southern right.

The acrobatic and friendly north Pacific humpback whales leave the cold waters of Alaska to migrate to the warmer climes of Hawaii in their thousands from December to May.

Mau island is the best for a boat tour where these curious creatures are known to swim quite close to vessels in order to investigate. Land based whale watching is also good in this area.

Canary Island La Gomera is located in the Atlantic Ocean next to Tenerife and is a wonderful place to see sea dwelling mammals. Hundreds of whales like beaked, pilot and sperm whales frequent these shores.

Since the waters here are warm and rich with marine life, these animals can be seen here almost round the year by way of boat trips which run from the towns to all the islands.

Every year in mid-January, humpback whales in their thousands migrate from the cold waters of Norway to the Dominican Republic to mate and calf.

A boat trip from La Romana can bring you quite close to these gentle creatures as they frolic at virtually touching distance from the boat. If you are lucky, you may see a calf a two with the mother. 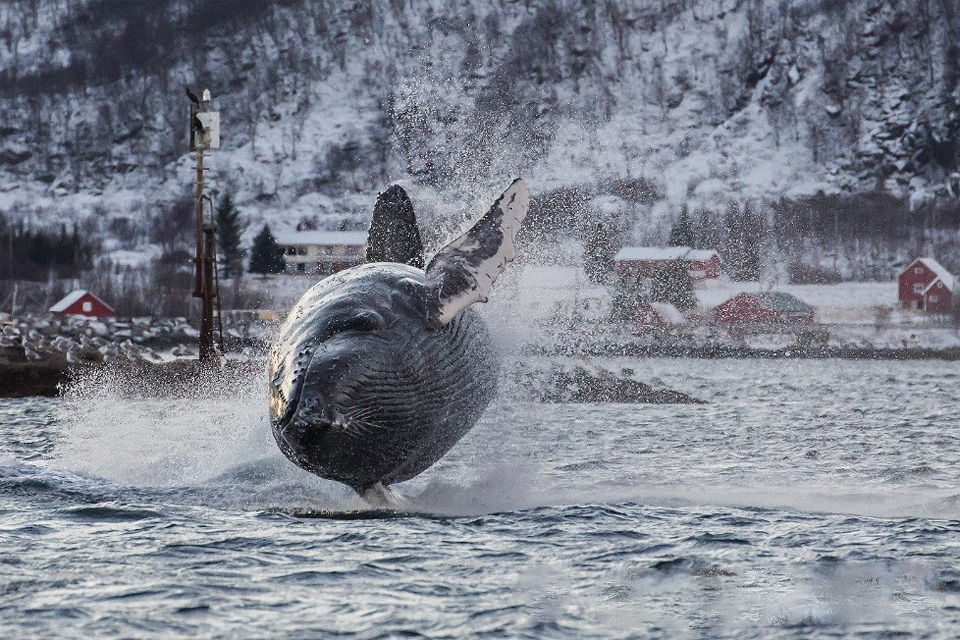 You can have a great whale watching excursion just out of Reykjavik harbor in the Faxafloi Bay in a couple of hours.

Whale watching trips are conducted round the year to see minke whales and orcas and humpbacks. Just wrap yourself up well during the winter months.

Costa Rica is known for some amazing land based creatures, but thanks to the migratory pods of whales, especially humpbacks, whale watching in Costa Rica is an year round activity.

Apart from the humpbacks, sei and sperm whales can be spotted in the south at this park and sometimes even in the north at Playa Flamingo.